Renée Gendron is a multi-genre romance writer. In November 2020, she released a collection of romantic crime short stories and novellas called Heartened by Crime. She has also curated the romantic fantasy and sci-fi anthology Beneath

the Twins Suns, the romantic crime anthology In the Red Room, and the romantic sci-fi anthology Star Crossed. She is extends structural editing services and has a blog called B Plot.

Crystal L. Kirkham is a multi-genre speculative fiction author and podcaster. She has published several full-length novels and has been a part of multiple best-selling anthologies.

Originally from the west coast of British Columbia, she now chooses to call a tiny hamlet in central Alberta her home. She is an avid outdoors person, unrepentant coffee addict, part-time foodie, and companion to several delightfully hilarious canines.

She will neither confirm nor deny the rumours regarding the heart in a jar on her desk or the bottle of readers’ tears right next to it. However, she will confirm that she once broke the metal handle to a 4-tonne car jack with her bare hands.

You can find out more about her and her work on her website or find her hanging about on Twitter.

Louise is the mother of three grown children and worn many hats in her life.

One of her sons invited her to join him in a Creative Writing Course, and she’s been writing ever since.

In the last two years, she has finished a novel, had it edited, and had some stories published in anthologies. Now, she’s concentrating on writing short stories, because that’s what she really enjoys. At some point she’ll take time off from writing, figure out the tech and details of self publishing, and self publish her many short stories and perhaps a novel or two.

A writer, illustrator, and lifelong reader, Dave’s first novel, a funny fantasy adventure for mid-graders called Trapped In Lunch Lady Land was published in 2014. (You can read more about it in the WRITING section of his blog.)  He’s also been published in magazines like Highlights. Besides writing for kids, he writes horror, fantasy, and science fiction for adults.

Dave’s been a working freelance illustrator for more than 40 years, doing everything from greeting cards and wallpaper borders to picture books and magazine illustrations.

When Dave’s not doing one of those things listed above, he’s often doing all of those things as creative director for a small yet mighty ad agency in sunny Cleveland, Ohio, where he’s worked for more than 35 years.

Dave is married to Caroline, with three mostly-grown kids who make him proud every day.

Taught to read at the age of three, words have been central to Marian’s life for as long as she can remember. A novelist, poet, and essayist, Marian has several degrees, none of which are related to writing. After two careers as a research scientist and an educator, she retired from salaried work and returned to writing things that weren’t research papers or reports.

Her first published work was poetry, in small journals; her first novel was released in 2015. To date all her books are part of the Empire’s Legacy series: second-world historical fiction, devoid of magic or other-worldly creatures and based to some extent on northern Europe after the decline of Rome. In addition to her novels, Marian has read poetry, short stories, and non-fiction work at writers’ festivals and other juried venues.

Marian’s other two passions in life are birding and landscape history, both of which are reflected in her books. Birding has taken her and her husband to all seven continents. Prior to the pandemic, she and her husband spent several months each year in the UK, for both research and birding, and she is desperately hoping to return.

Nicole Wells is a mom of three young children.  She spends way too much time in the fantasy world in her head.  But, hey, in this world she’s still supernatural, channelling the powers of insomnia for good.  She’s impervious to kid whining and insults (well, mostly), and has a second sense for cereal disasters and broken toy catastrophes.  They call her Mom, which is code for You’re-Awesome-We-Love-You or Stop-Writing-On-Your-Computer-and-Play-With-Me – she’s not sure which.  Her kryptonite is her pet peeves:  water running down her elbows, food stains on papers, and losing the little plastic tethers when you remove the tags off new clothes.

Nicole is your average superhero mom.  Oh, and she’s got three eyes (one in the back of her head). As well, she has two book series on the go: The Five Elements series and the Vampires, Werewolves, and Paranormal Romance series….and nine other books clamoring to be finished.

An unfortunate early age viewing of Silence of the Lambs has set the overall tone for a writing career that focuses on serial murder and psychopaths of many varieties. He enjoys reading and writing in almost all genres from romance to science fiction.

E.G. Deaile works in renewable energy, and in past lives has been a safety analyst for missile launchers, electrical operator on nuclear submarines, and even managed fast food stores.

E.G. Deaile lives in Liberal, Kansas with his wife, Alison, three kids, two dogs, and a small army of cats.

Aedyn Brooks is an award-winning author who feeds her spreadsheet-addicted psyche by day (aka data-driven ninja), and crafts wicked paranormal romances at night.

After living most of her life in haunted houses, Aedyn decided to put her terrifying, and sometimes funny, experiences with ghosts into books. One thing she learned from an early age is that the dead can be your greatest ally, especially in your darkest hours. When it came to writing, she couldn’t help but share this extraordinary world with her readers, crafting the Haunted Romance paranormal series Grave Intentions based in the Cascade foothills in Washington State, USA.

She lives in the Pacific Northwest with a postage-stamp sized yard, with one of her three grown children. She also manages to squeeze in time babysitting her new granddaughter. Being a grandmother is the bestest ever!

Norm Boyington lives in rural Ontario with his partner of many years and two spaniels of very different minds. He started writing at an early age; short tales revolving around Tolkien’s works. In 2015, his daughter sent him a link for the NANO writing challenge, and he rose to the occasion, resulting in his first novel, a disjointed tale of mental health told mostly from the character’s perspective.

Currently, Norm is working on some fantasy fiction, which he began in 2019. Fantasy is his true love; creating worlds where magic is interlaced with incredible adventures is principally what he writes.

Alexandra, unofficial Queen of Chaos, writes action-adventure Dark Paranormal Romance. In her free time, she can be found sitting on the couch of doom with entirely too much coffee, her laptop (A.K.A. her other half), and two overly-affectionate cats laying across her wrists. She also enjoys roaming the Pacific Northwest, sleeping, and making up unrealistic, traumatizing scenarios for her characters. KING’S CHAOS is her debut novel.

Paul is an Irish writer living four miles above the surface of the Earth’s sun (Australia). He has a MAs in Philosophy and Writing, and a passion for arcane, useless knowledge. When not writing, he is thinking about writing and wrestling dogs. He has worked in education, healthcare, and politics, and writes odd speculative fiction that has been described as ‘in English’.

A Montana transplant who has her roots in deep, Jess K Hardy is a lover of mountains and snow, long nights and fireplaces. She has been a sandwich artist, a student, a horse trainer, a physical therapist, a wife, a mother, and also a writer. She writes speculative and contemporary adult and young adult romance.

Jessa Kaina is an introverted Canadian polyglot obsessed with stories in any medium. She works as a freelance developmental editor, hosts discussion questions on Twitter and cohosts the podcast Talk Me Through It. She’s currently working on her first novel.

D.W. Hitz is originally from Norfolk, VA. He has degrees in Recording Arts and Web Design and Interactive Media and currently works in Web Development in Montana, USA.

D.W. has been a creative his entire life. This creativity has driven him in digital music, web design and development, and creative writing. In 2005, D.W. wrote his first novel, and continues working in Adult and Middle Grade Speculative Fiction.

Kelly Kristensen is a Canadian freelance fiction editor, specializing in developmental editing and manuscript critique services. She helps writers prepare their manuscripts for self-publication or submission to agents.

She is also a writer and is currently revising her romantic thriller novel while working on too many other projects at once, including a second thriller, a YA fantasy novel, and a few short stories. She’ll be pantsing it for NaNoWriMo 2019, as usual.

When she’s not in front of her computer, she enjoys spending time with her four children, drinking way too much coffee, traveling as much as possible, and harassing E.G. Deaile on Twitter.

A.P. Miller is an author and novelist living in Wilmington, North Carolina by way of Central Pennsylvania. Before pledging his creative efforts to writing, A.P. has spent time behind the microphone as a radio personality, host of a local access television program, an amateur guitarist & songwriter, and other visual mediums.

A.P. is an independently published author, having released 2017’s “Broken Promise Records” and 2019’s “Days of the Phoenix.” On a weekly basis, A.P. blogs about whatever crosses his mind on his website, Millerverse.com.

Born in Ohio, Melanie has been writing for as long as she could hold a pen. Her love for writing led to her first published story in high school. She has a B.A. in Professional Writing from Capital University.

Melanie has two published novels, Night Terrors and Night Terrors: Into The Night. Both are available on Amazon.

Packy Smith has always been a great big nerd. He’s a blogger, an avid devourer of entertainment content, and a Creative type Pokémon. He likes to write, draw, make videos, and generally play make believe. He likes science fiction, comics, fantasy, historical documentaries, video games, table top games, and more or less everything else. His sense of humor is broad and on occasion weird. He’s happily taken and has been since 2001. He’s a family man that takes a lot of pride in his wife and children. Everything he does is for them, even the embarrassing stuff. 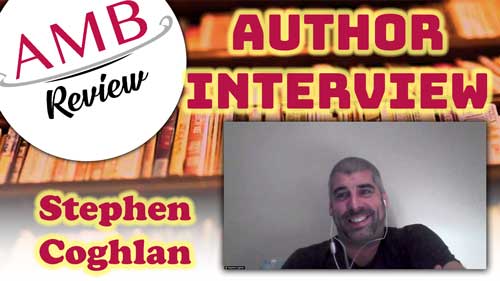